Inspired by Blues Legends like Hollywood Fats, Duke Robillard, Kid Ramos and many others. Chris’s guitar work has entered the world of Blues and Swing since he re-founded the band Chris “C” Clemens and Blues Revue in 2003. Since the Eighties, Chris has recorded a solo album and toured with his own band as well as the Bluesmasters, Mr.Boogie Woogie & The Firesweep Bluesband and Jack Rabbits Bluesband.

He has also backed up American artists such as Rhythm and Blues award winner Chris Daniels and Arizona Blues Hall of Famers Danny Krieger and Steve Grams. In addition to his own recording, Chris has played on the live album of the Bluesmasters and will soon record his second solo album. This album will be soaked with West Coast Swing which he’s now playing in his upbeat live performances, accented by a swinging organ and harmonica in a wide variety of Blues styles. 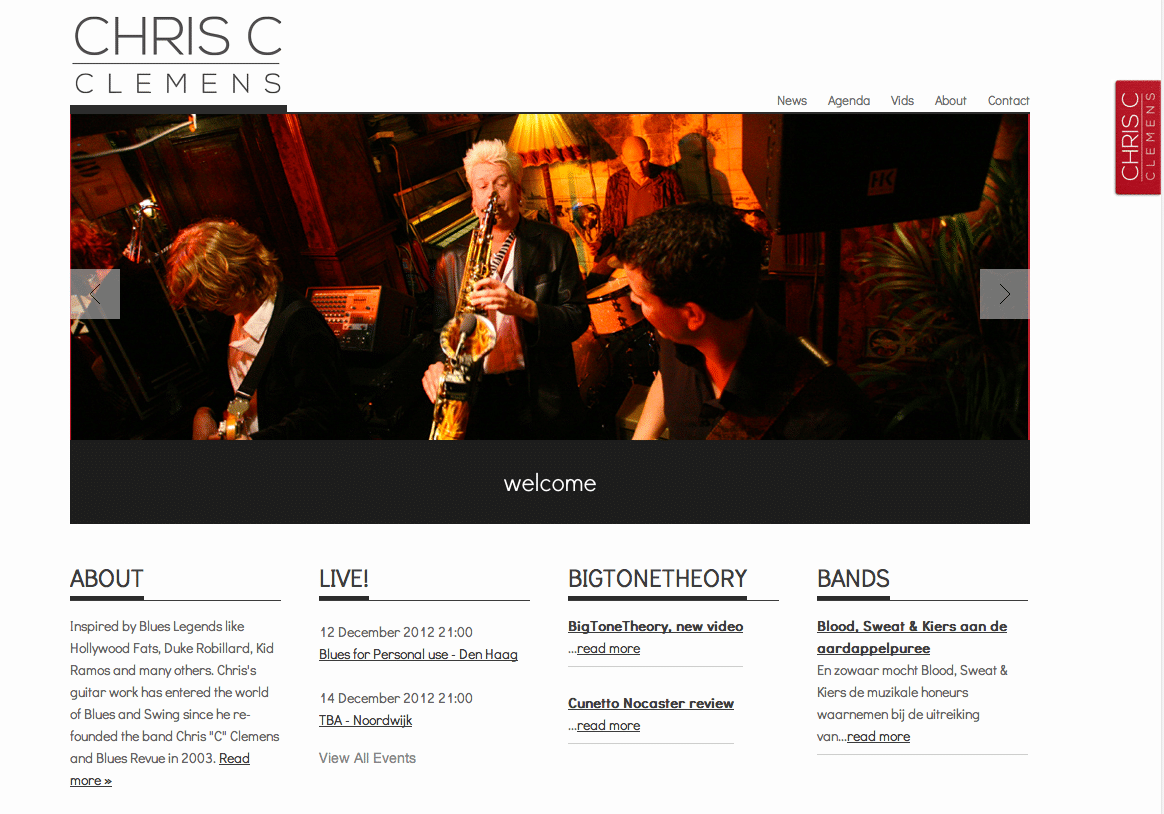